How to start trying to act as if there's going to be a future?

Wroclaw, November 2015 - Who are the 'we' of culture? What does this 'we' mean from the perspective of those who aren't considered part of mainstream society? A collaboration with Herman Ciurar and his family. 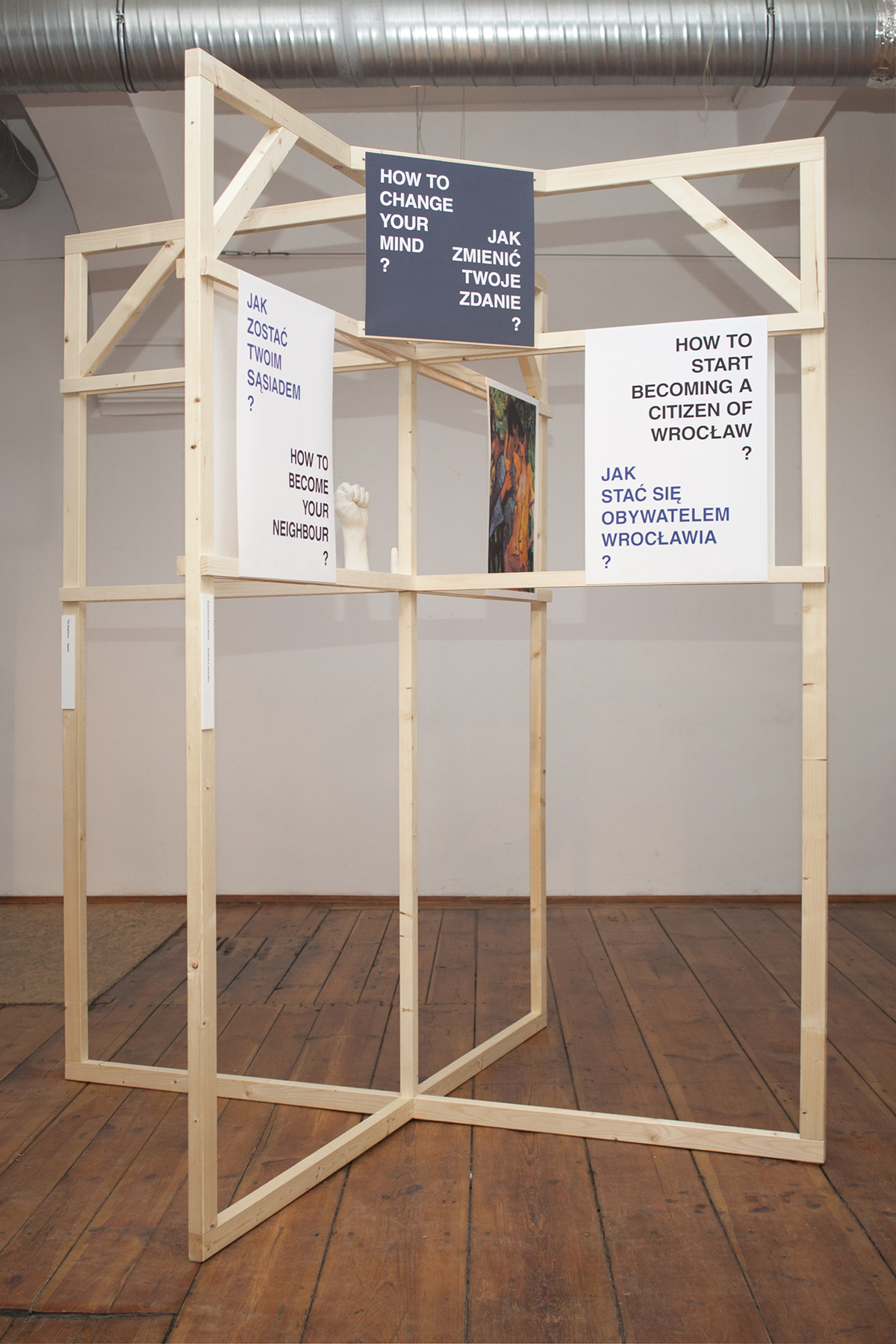 HOW TO START TRYING TO ACT AS IF THERE'S GOING TO BE A FUTURE?, installation, mixed media. First position: Questions from within.

HOW TO START TRYING TO ACT AS IF THERE'S GOING TO BE A FUTURE? started when I entered Wroclaw in November 2015. The city was preparing to be European Capital of Culture. On invitation of A-i-R Wro I started questioning the togetherness of the city culture. Collaborating with Nomada, an NGO focusing on so called 'alien' people, I met Herman Ciurar.

Herman is a migrant from Romania and part of a Roma group. Together we started using his situation as a tool to question the 'we' of culture. We presented our research in a small installation, called HOW TO START TRYING TO ACT AS IF THERE'S GOING TO BE A FUTURE? The installation showed four positions: (1.) Questions from Within; (2.) The neighbor; (3.) The Finger and the Fist: a Short Introduction to Human Behavior in Public Space; and (4.) Otto Mueller: a Short History of Perception.

The first position is the result of talks with the Roma community Herman lives in. The second is a picture from the illegal settlement where Herman built a barrack, taken from the balcony of one of the neighbors. This neighbor was afraid of the people living close to her. The third position tries to analyze the different ways people relate to this issue: some show a fist, others show the finger - but which one? The fourth position tells the story of Otto Mueller, a German painter based in - then - Breslau, painting Gypsy life. His works were declared 'Entartete Kunst' in the thirties, but gained value after the war. 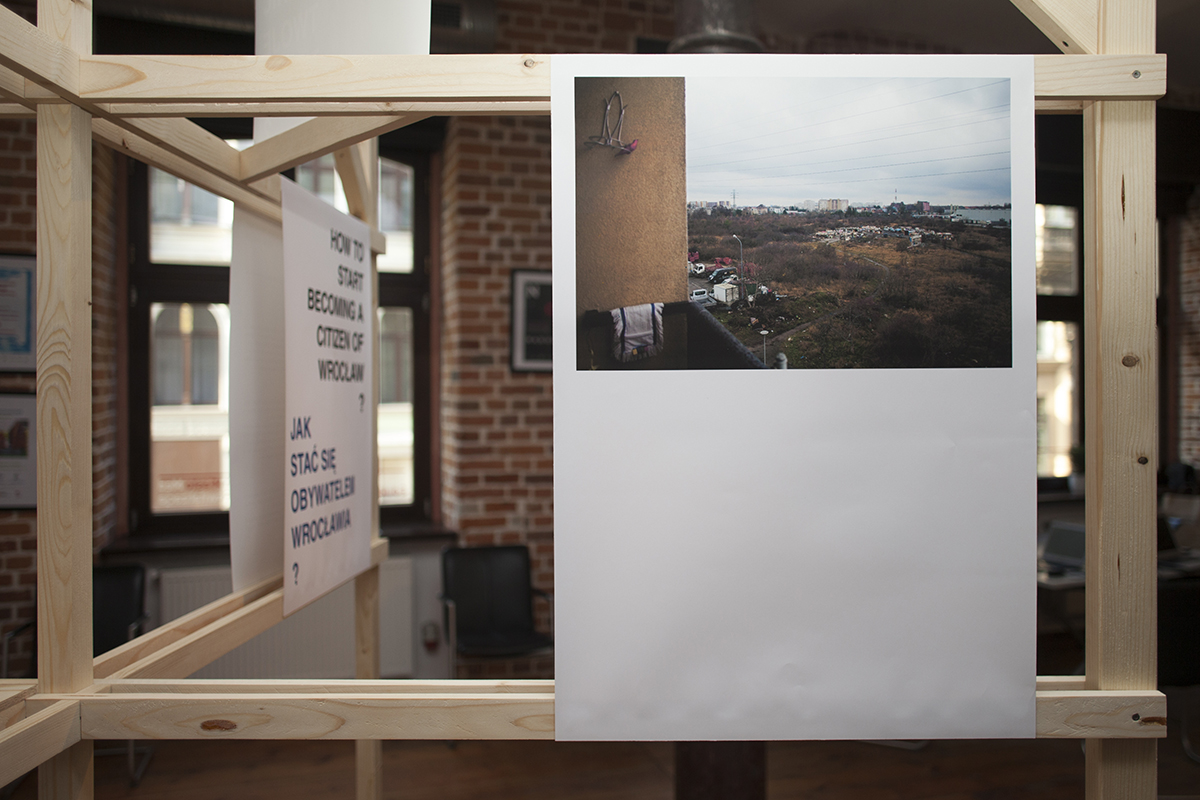 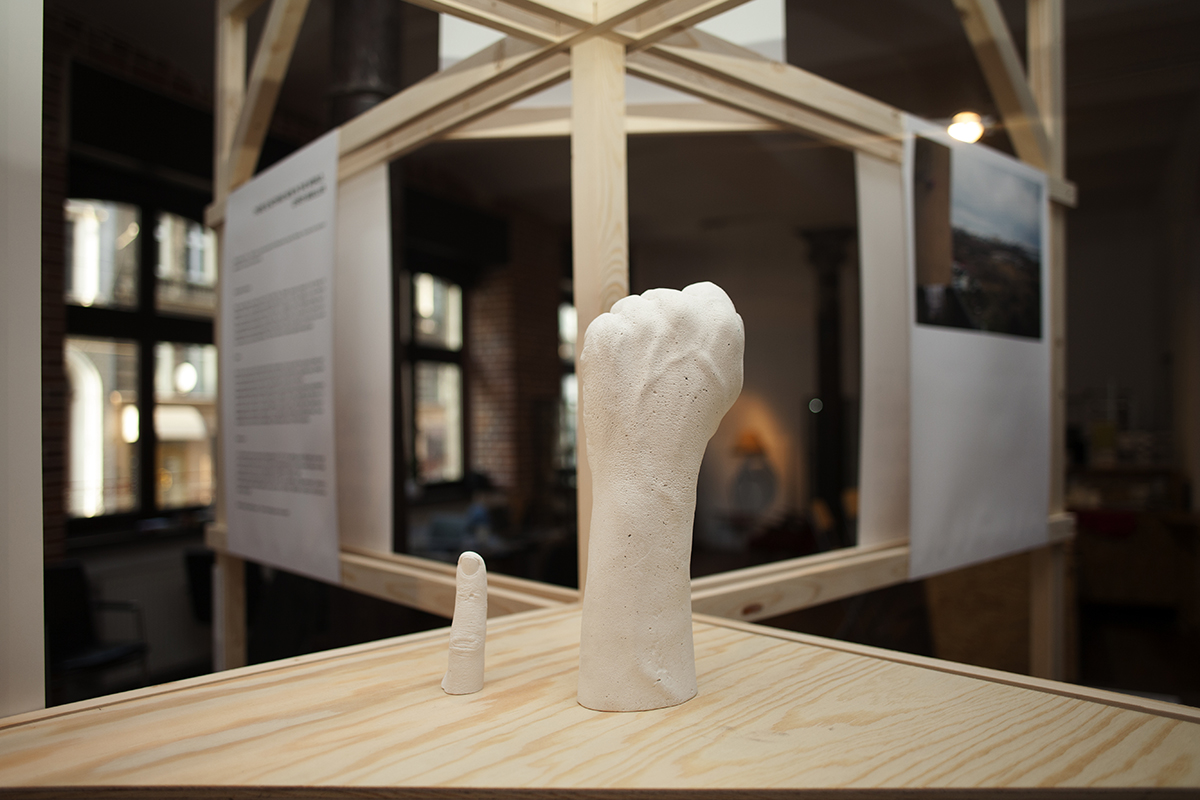 Third position: The finger and the fist. With the installation I made a booklet giving the main stories plus some background information. The booklet is designed by Csenge Lantos. Installation and booklet were presented at Lokietka 5 - Infopunkt Nadodrze. In this presentation it functioned as a tool to discuss the issue with all people involved: activists, artists, Roma, neighbors, citizens and policy makers. Later the work has been displayed at BARBARA: infopunkt / kawiarnia / kultura.