Welcome to the future

Moengo, June 2014 - WELCOME TO THE FUTURE is a triumphal arch for Moengo, Suriname. The gate was made after a series of interviews with local residents and professionals associated with the region. It's unclear when the gate will be delivered. 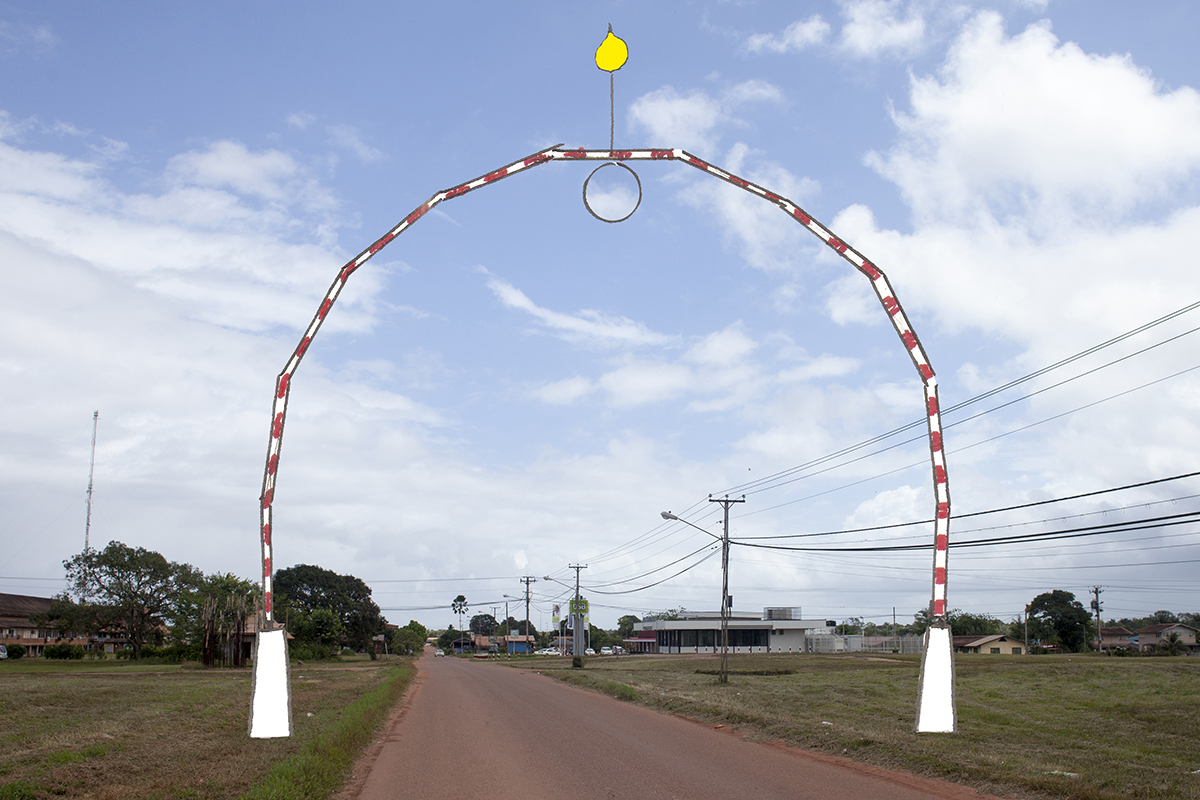 Foundations of the gate. Situation June 2014. 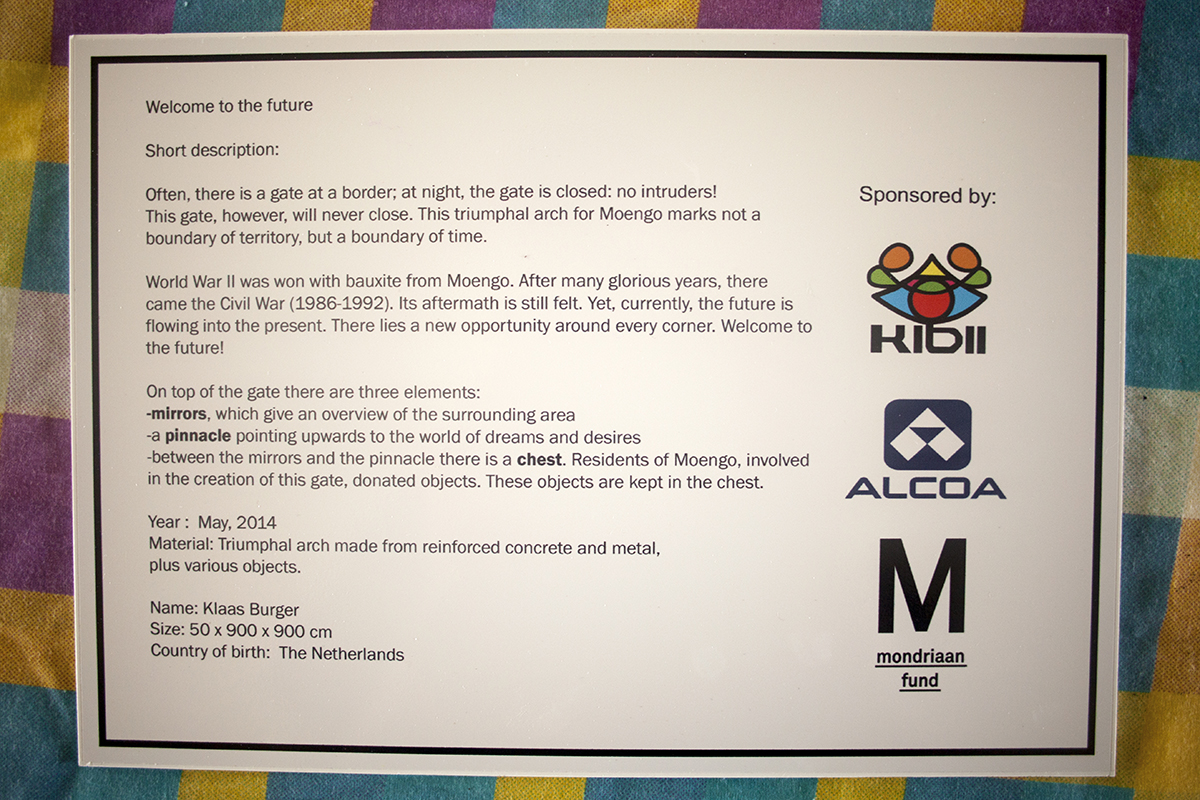 WELCOME TO THE FUTURE consists of two concrete pedestals, a red-white striped bow, two traffic mirrors, a yellow pinnacle. In between the pinncacle and the mirrors a small chest filled with contributions of different people from Moengo was supposed to be placed, as a mini museum of contemporary Moengo. On the concrete pedestal the title is painted in black and white.

WELCOME TO THE FUTURE is the result of a series of interviews with citizens from Moengo and professionals working in the area. All interviews were broadcasted on the local radio. The gate is not yet delivered. Just before finishing the structure, one of the people involved, a Pentecostal leader, stepped aside. With other Pentecostal leaders, he successfully protested, saying the arch is idolatrous. About their allegation a discussion erupted in De Ware Tijd, Surinames national newspaper.

WELCOME TO THE FUTURE is made possible by the Mondriaan Fund. 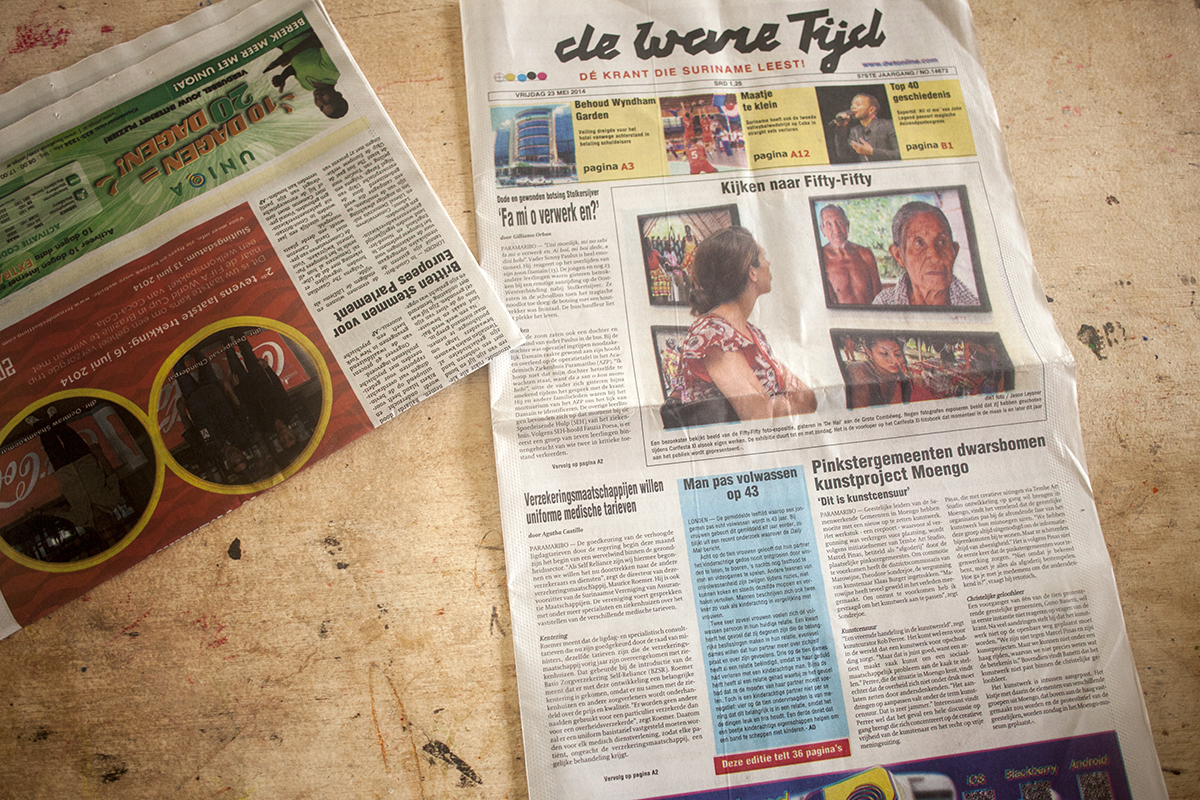 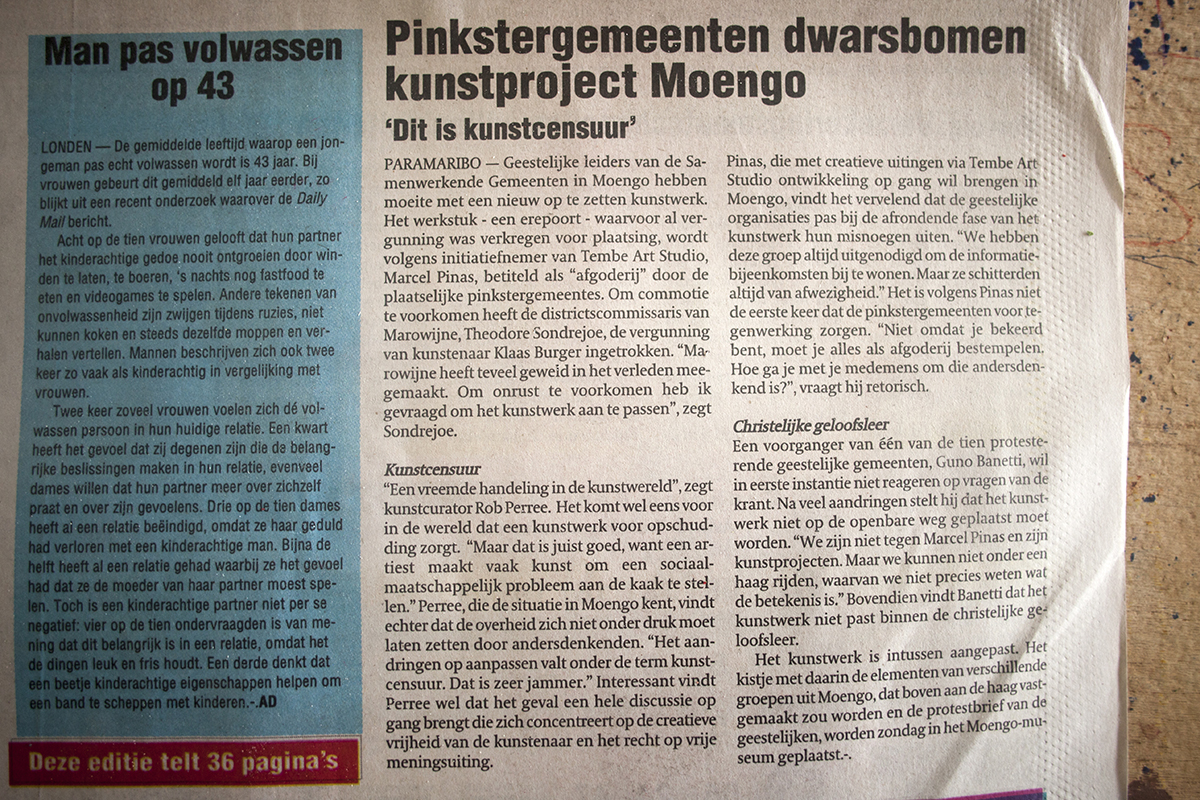 Pentecostal groups thwart art project in Moengo.One out of many newspaper reports.

August 2015 I returned to Moengo to participate in the first Moengo Festival of Visual Arts.

I found the arch cut in two pieces. Discussing the state of WELCOME TO THE FUTURE with the people involved before, we made a simple decision: just show it as it is. Because of the weight of the construction, I connected it with nice nots to the railing it was leaning against. WELCOME TO THE FUTURE shown as I found it: cut in two pieces. Connected to the railing with some nice nots.
Powered by CouchCMS